Wah Sa is nothing less than jazz-groove lightning in a bottle. It‚Äôs the fourth album from the Daimon Brunton Quintet and first to be recorded live. Wah Sa is both a popping, rhythm and beats propelled salute to the 70s recordings of Freddie Hubbard, and an attempt to capture the Melbourne-based group‚Äôs electrifying live gigs.
‚ÄúOur last album, My Favourite Things, was all about melody and creating the most beautiful sound possible,‚Äù says Daimon. ‚ÄúThis time it was all about energy and that‚Äôs why we had to record it live.‚Äù 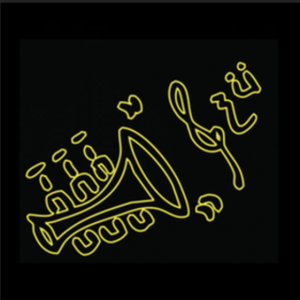 Over the course of two years recording, the group‚Äôs line-up changed multiple times, several jazz venues were used and the list of charts rotated constantly. Daimon finally found the sound he wanted at the relaxed Open Studio with a line-up comprising himself on trumpet, Olaf Scott and Greg Levell on keyboard, Stella Skinner on guitar, Pat Farrell on bass and Adam Donaldson on drums.

From hours of recordings, just five tracks were selected to create a powerful album full of infectious grooves and brilliant playing. There are two covers: Herbie Hancock‚Äôs Chameleon and Freddie Hubbard‚Äôs Red Clay, which Daimon notes ‚Äúare played straight but with plenty of firepower‚Äù. Added to that are three originals: the title track Wah Sa, They Know Not What and A Happy Coincidence. ‚ÄúWith those three I just wanted to write the hippest, funkiest charts I could,‚Äù adds the trumpeter-composer.
In fact it‚Äôs the towering figure of Freddie Hubbard that first inspired Daimon with this project.

‚ÄúAfter Sky Dive (1972) he seemed to move away to more pop-oriented music, but I was interested in exploring what might have been if Freddie had continued down the jazz path.‚Äù he explains. ‚ÄúThat‚Äôs why when it came to putting this album together, regardless of cleanliness or mistakes, we prioritised those recordings which are the most addictive and which have the most intense energy.‚Äù

SAMPLE THE RECORD
Logging In...