On Friday 15th December Soul Cupcakeâ€™s reindeer are towing a sleigh-full of the funkiest, hippest Carols down to Birdâ€™s Basement. So treat yourself to an early Christmas gift and get your tickets at http://tickets.birdsbasement.com/3/?x=EV59ab4f49bf8e12.10717980

SOUL CUPCAKE – YOU AND ME – EXTENDED VERSION! – LIVE

We are so pleased and proud to announce that Soul Cupcake will be playing the iconic Bird’s Basement! New charts have been penned just for this gig and every track in our repertoire has been lifted and polished to level rarely seen in live music circles.

You do not want to miss this!

Got to … http://birdsbasement.com/show/190/soul-cupcake .. to purchase your tickets!!

This Wednesday night will most likely be the last time ‘The Daimon Brunton Quintet’ plays the iconic Bennetts Lane before it shuts its doors for this final time at this location under this name. Doors open at 8pm and the band kicks off at 8:30pm sharp. $18 entry. This band is stellar. The finest I have ever assembled. We’d love you to be a part of it.

The last time The Daimon Brunton Quintet it was 2012 and the final gig of a 12 gig Australian National Tour. And now .. they’re back!

On Wednesday the 12th and 19th of October â€˜The Daimon Brunton Quintetâ€™ plays the iconic Bennetts Lane Jazz Club. After 19 years; a national tour and 4 album releases Daimon has put together a brand new, all-star band. Playing new, complex, sophisticated and funky tunes you wonâ€™t want to miss this amazing ensemble. Grab your tickets from the Bennetts Lane website or at the door this Wednesdays 12th & 19th October, 2016.

In 1996 I started my first jazz quintet which morphed into â€˜The Daimon Brunton Quintetâ€™ by the time of the bandâ€™s debut album, â€˜Never Again Such Beautyâ€™ (2002). By 2005 The Daimon Brunton Quintet took a look at the funkier side of jazz with ‘Unlimited-Slip Diff’ (2005). This was the bandâ€™s first album on the Newmarket Music label. By ‘My Favourite Things’ (2008) the band looked at blending French inspired cafÃ© tunes with modern jazz. Adding a piano accordion to the standard setup and a number of original jazz waltzes. Having never recorded a live album The Daimon Brunton Quintet recorded more hours than ever before to come up with the electric ‘Wah Sa’ (2012).

Over the last 3 years Daimon has put Daimon Brunton Quintet on the backburner to startup the 8-piece pop/funk band ‘Soul Cupcake’.

Now Daimon is assembling a BRAND NEW quintet with new tunes and reworkings of his favourite picks from the past 4 albums.

The band was a highlight of the Castlemaine Jazz Festival and I promise you that this gig is truly not to be missed.

8-piece soul & funk sensation SOUL CUPCAKE are launching their assault on 2016 with a no-holes-barred extravaganza at The Spotted Mallard on Friday March 11th. Brand new tunes will be debuted and there’ll be brand new arrangements of pop classics from the likes of Stevie Wonder, Michael Jackson and Earth, Wind & Fire. But the excitement doesn’t stop there. Soul Cupcake will be supported by the 18-piece BIG BAND FREQUENCY! Yes .. you read that correctly .. 18-PIECE!!! BIG BAND FREQUENCY are a full-blooded swingin’ big band! Forget paying hundreds to go and Michael BublÃ© at Rod Laver and catch this outrageous band live at The Spotted Mallard in a double bill with the amazing SOUL CUPCAKE!

Fancy checking out some fine, fine jazz for free whilst sitting outside with restaurants 6 feet away? If so, then head on down to the Veneto Club, 191 Bulleen Rd, Bulleen. From 6pm-9pm The Daimon Brunton Quartet will be playing beautiful, classic jazz standards and originals from each of the past 4 DBQ albums. Featuring hard swinging blues’s, stomping funk grooves and smoking, blistering bop tunes it’s going to be a cracking night. Get on down and catch Adam Donaldson on drums, Matt Hayes on bass, Adam Rudegeair on keys and Daimon Brunton on trumpet set the joint on alight. 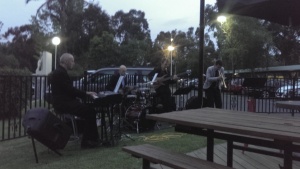 Sorry about the confusion with last week but please be assured that Adam Rudegeair and I are on at Huey Long’s this Thursday (tomorrow night). Placed in the back of Po’Boy Quarter at 295 Smith St, Fitzroy, Huey Long’s is a relaxed New Orleans bar kitted out with southern bourbons and beers. On a stage that is far too high sits an upright honky tonk piano. Once Adam lays down some grooves and I make the trumpet hoot, squeak growl and whisper the joint is complete.

Join Adam and I at Huey Long’s tomorrow night from 9pm-11pm. Entry is free. See you there! 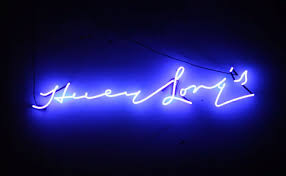 Excellent news! Â The Spotted Mallard have confirmed that they’re going ahead with the ‘Soul/Funk’ Night! Â Kicking off in April there will be a’Soul/Funk’ night on every 2nd Thursday of the month. Â We’ll be doing this 3 other bands!! Â Stay tuned to find out with whom ‘Soul cupcake’ will be sharing the stage.